The difference between salmon and sea trout 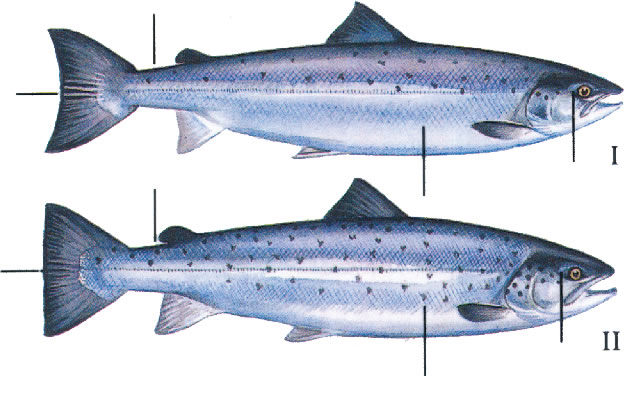 Salmon (I) can be distinguished from large sea trout (II) by a more streamlined shape, concave tail, slimmer tail wrist, upper jaw reaching no further than rear of the eye, few if any black spots below lateral line, 10-15 (usually 11-13) scales counted obliquely forward from adipose fin to lateral line – trout have 13-16.

The differences between salmon parr, salmon smolts and young trout 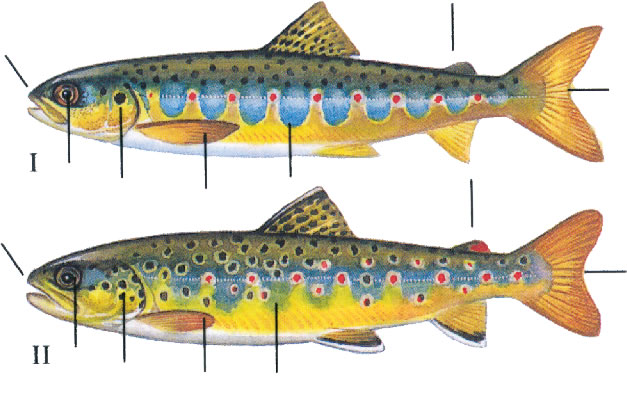 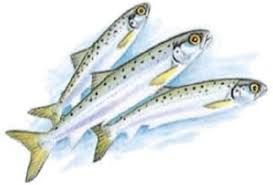 Salmon Smolts
When the salmon parr begin to migrate to the sea, usually in March, April and May, they gradually become more elongated and the fins darken. A layer of guanine crystals is laid down in the skin. rendering the body more silvery in colour and obscuring the spots and finger-marks, except on the gill-covers. They then become Smolts.

How salmon stocks work – the number of eggs that a salmon produces, and the numbers that survive through the... More
Improving smolt survival in rivers and estuaries This Conference, which took place on the 14th & 15th March 2017, was... More
A Digital Archive storing non-peer reviewed salmon and sea trout literature and other material.   The Atlantic Salmon Trust 2011... More

Congratulations to our Prize Draw Winner!