Salmon and sea trout are keystone species in aquatic habitats in peatland catchments, occupying the top of the food chain. Peatland catchments are an important feature along the Atlantic coasts of Scotland and Ireland, and are highly sensitive to the effects of climate change. Peat covers only 3% of the world’s land surface area but holds 30% of its soil carbon. Climate change is highly likely to lead to substantial carbon losses from peat, which will raise the dissolved carbon levels in peatland lakes and rivers, which may in turn threaten the survival of salmonids in these waters. However, the relationship between salmonids and their environment is a complex one, and they themselves play a role in the carbon cycle. The Marine Institute’s Salmon Research Agency at Furnace in Co. Mayo, Ireland, is planning a research programme to explore these issues. 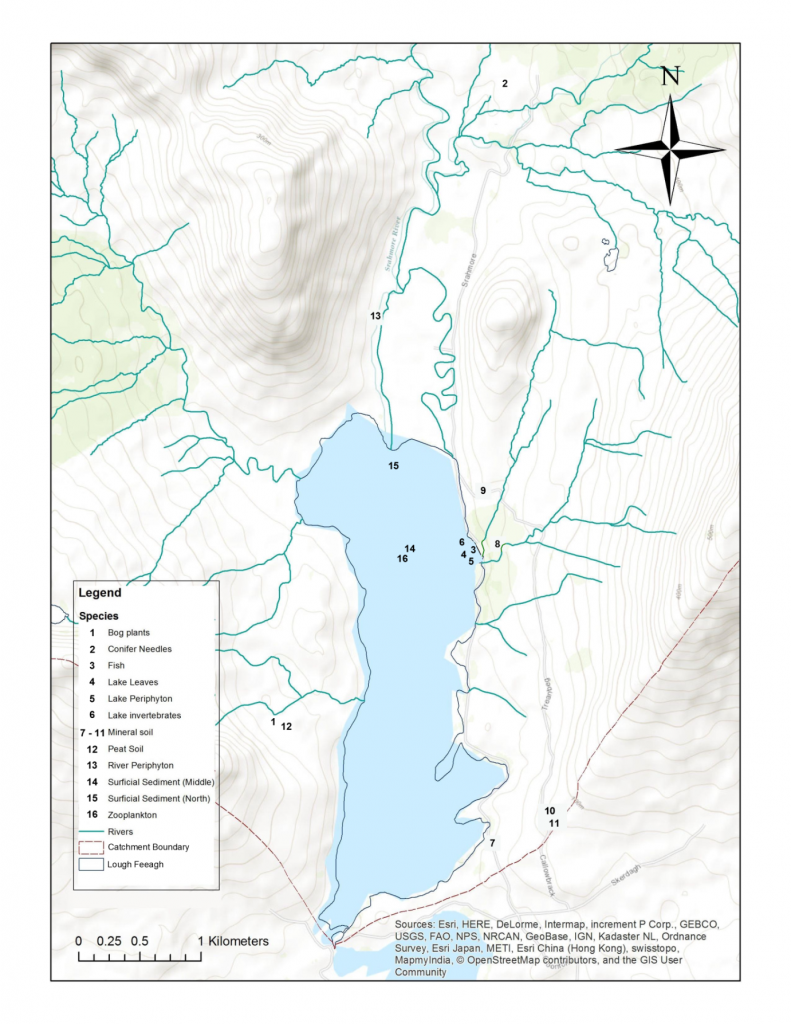 This one-year pilot project will contribute to this by testing the use of stable isotope analysis to determine what proportion of the diet of lake dwelling salmonids is derived from terrestrial sources. a key question if the impact of changes to carbon levels on salmonids is to be assessed. The project was revised on the advice of the AST to widen the range of samples tested. The Marine Institute met the costs of sampling, with the AST paying for the costs of analysis. Sampling was conducted in October 2015, and analysis was carried out by the Colorado Plateau Stable Isotope Laboratory in the first half of 2016. Initial examination of the results indicates that the analyses were successful, and valid stable isotope signatures for lake-dwelling 0+ and 1+ salmon and trout were obtained.

While this project falls with the Trust’s Sea Trout research programme, it is of equal relevance to salmon.

The Laxford Sea Trout Tracking project is a collaborative project with West Sutherland Fisheries Trust, University of Glasgow, AST and... More
As part of the Acoustic Tracking Programme the AST provides support to other organisations conducting or wishing to conduct research... More
Aquaculture Useful Information / News: In May 2020, the Salmon Interactions Working Group (SIWG) published a report which made 42... More